(Center) The present: Hoffmeister had a book signing at KD's Books in Lee's Summit, Missouri in July of 2015 to celebrate the release of the final book in the series, titled Hope. (Right) Back to the past: Hoffmeister stands at the printer facility in November of 2011 when Ava debuted after months of editing. 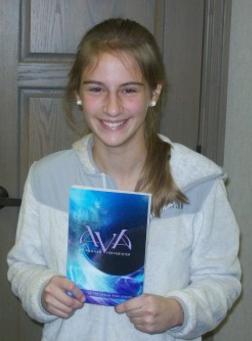 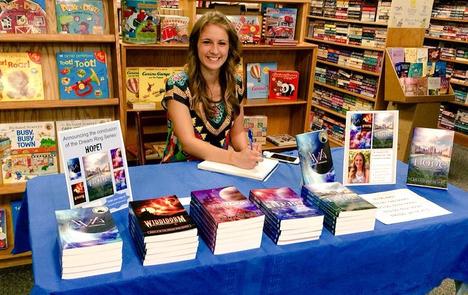 The name of the series, the Dream Ring Series, has meaning when it comes to the stories, but the term dream seems to extend to more than just the books themselves. The first in the series, Ava, debuted when author Hannah Hoffmeister was just 13 years old. She now speaks to elementary and middle schools about the importance of following your dreams and working hard at any age.